Bank of Cyprus HQ in Nicosia

Interlocutors in the banking sector are anticipating high stakes developments in the coming months as the island's largest lender transitions to a new management.

CEO John Hourican is officially expected to remain at the helm until September as the Board intensifies its search for a new CEO.
The announcement of the departure of Mr Hourican last month came as no surprise, as the BOC strongman completed his business cycle with the turnaround of the Bank from the NPL abyss through restructuring and into the London Stock Exchange. The management transition also extends to the Board with Chairman Josef Ackermann stepping down at the next Annual General Meeting which is scheduled for the 14th of May. Greek banker Takis Arapoglou who is set to replace Ackermann will also voice his preference in the CEO selection process.

Amidst the changeover plans are in motion for the departure of a large number of Bank of Cyprus employees. The plan is part of an ongoing restructuring process that has seen the closure of several bank branches in prominent locations around Cyprus. The redundancy plan was made public last year and foresees the departure of up to 500 employees in 2019. As of March 2019, 54% of the BOC’s expenses relate to staff costs which in absolute numbers totals at €217 million. Previous contingency plans have shown that the island’s largest bank saves around € 12 million a year for every 200 to 250 employees leaving the company. This would be the fourth voluntary exit program since 2013.

While the search for a new CEO continues problems persist, for the most part due to structural reasons. Business is relatively healthy with the bank recording a net loss of 104 million euros in 2018 compared to 552 million losses in 2017 but legacy NPLs way heavily on the Bank’s balance sheet. Hourican recently spoke for the need for consolidation in the sector to overcome scale issues. According to BOC, since the peak in 2014, and including the sale of the Helix portfolio, Bank of Cyprus has now reduced NPLs by 68% to €4.8 bn. Project Helix involves the sale of loans with a gross book value of €2.8 billion and was given the approval by the European Central Bank in March. The Helix deal is expected to boost the Bank’s bottom line.

The new management also faces a shifting environment when it comes to regulatory authorities. Central Bank Governor Yiorkatzi departs on the 10th of April as speculation grows on her replacement with executive board member Costantinos Erodotou leading the candidacy race. 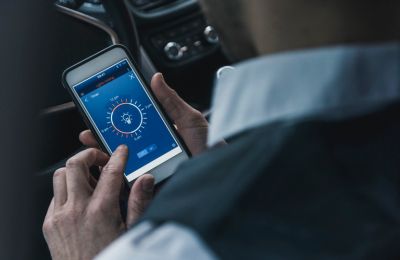 No agreement on Greek tranche disbursement