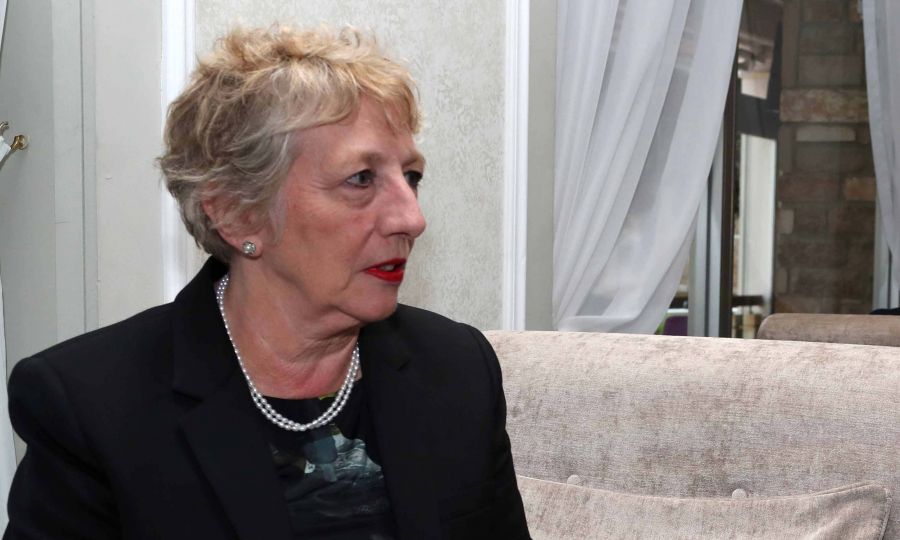 Wilkinson: Many studies have shown that a notable gender diversity in managerial boards of companies result in better decisions

In the 1970s, only 3 per cent of the members of the Institute of Chartered Accountants in England and Wales (ICAEW) were women, and in 1980 it rose slightly to 10 per cent, but by 2020, the proportion of women has reached 50 per cent, while women outnumber their male counterparts in the student population of the particular profession.

This year, the ICAEW celebrates the 100th anniversary of the introduction of women into the profession of Chartered Accounting, and “K” speaks exclusively with ICAEW President Fiona Wilkinson.

Wilikson considers the accounting profession essential for the development of powerful economies, and views Cyprus as a country that is showing excellent signs of development, contributing to its shining presence in the Mediterranean region. Wilkinson also notes that her field is undergoing transformation, but one that she sees as an opportunity that will bring exciting prospects for existing professionals as well as for those seeking a career with many options.

- Tell us a few words regarding your organisation, Ms Wilkinson.

- Founded in 1880, the Body of Chartered Accountants in England and Wales (ICAEW) has offices in the United Kingdom, Beijing, Brussels, Dubai, Hong Kong, Jakarta, Kuala Lumpur, Shanghai, Singapore, and in Vietnam, with Chartered Accountants in over 160 countries and with over 28,000 students worldwide. In addition, 16 per cent of ICAEW members and 28 per cent of students are outside the United Kingdom.

ICAEW's goal is to contribute toward building a world with powerful economies. We believe that the accounting profession is key to achieving this goal and is the pillar of strong economies. Academic studies have proven that there is a strong relationship between countries with successful economic models and countries with a strong accounting sector.

- What is the purpose of your visit to Cyprus?

- The main purpose of my visit to Cyprus is the graduation ceremony of our students. This is a big event that we organise every year right after the finalisation of exams and today I have the honour to announce that we have an additional 152 students who have completed the program. We are very pleased this year, as once again a person from Cyprus received a world-class award. Specifically, one Cypriot, Maria Hatzisavva, came 9th worldwide in the final exams that saw over 7,000 entries.

We have over 120 authorised training employers in Cyprus, a number considered quite large for a country of the size of Cyprus.

- Since you mentioned powerful economies, how would you describe the economy of Cyprus?

- Cyprus is turning into a strong economy as it has overcome the difficulties of 2013. With every visit here and my meetings with Chartered Accountants, I have come to the conclusion that they are optimistic about its course. My personal view is that it has a leading role in the Mediterranean. We, as a professional body, have about 2,500 members in Cyprus. On a global basis, Cyprus ranks 5th in terms of the number of members.

- On Friday, Brexit became a reality. What is your sector’s greatest fear?

- My main concern is that the United Kingdom will automatically become a 'third country'. However, we should emphasize that the ICAEW certification will continue to be recognised worldwide post-Brexit, just as it is today.

- What’s your take on the stronger female presence in governmental and European bodies?

- Female presence is of paramount importance in any context. Many studies have shown that greater gender diversity within corporate boards leads to better and more profitable decisions in general. Gender is one factor, however, as is age and different experiences. If I'm not mistaken, the pattern for many years on corporate boards was as follows: 12, 60-year-old men. I think that in the private or public sector, diversity helps make better decisions and there is evidence of that.

In December 1919, the Sex Disqualification (removal) Act was passed in the United Kingdom lifting the ban on work for women, paving the way for women to enter professions such as accounting. Mary Harris Smith became the first female Chartered accountant in the world in May 1920 when ICAEW accepted her application to become a member. She became a member at the age of 75, after having made multiple applications in the past. However, after the lifting of the ban, ICAEW could not refuse her membership. Her conviction was that she should claim this position, even at age 75, as she did not act for herself, but in light of all women. She based her request on the grounds of "equal access and equality with male members".