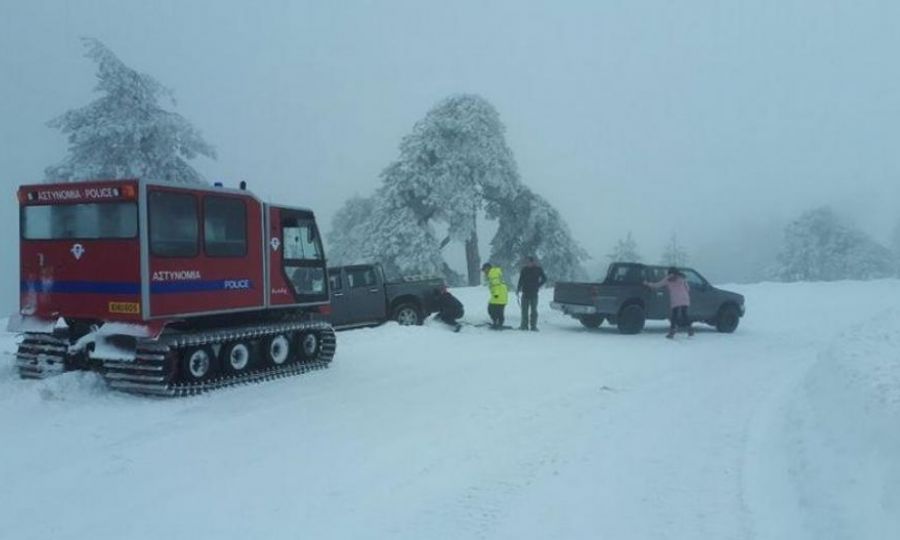 Driving conditions were improved in many areas on Friday, while many mountain roads remained slippery a day after many cars were trapped in snow on Boxing Day.

Police listed on Friday morning a number of mountain roads that remained slippery, including Karvounas-Troodos, Platres-Troodos, and Prodromos-Troodos, with the routes being closed to vehicles without anti-skid chains or a four-wheel drive system.

No serious problems were reported in all other areas, but police warned motorists that road conditions remained wet due to prolonged precipitation, urging drivers to be extra cautious. Rockslides were also reported previously.

On Thursday, several people were trapped in their cars during a minor snowstorm in Troodos Mountains while police early in the morning were providing assistance to motorists in several areas.

A snow rescue crawler was used to transfer trapped motorists to safe areas and hotels in the area. In addition to services offered by the snowcat, fire fighters from nearby stations including Morphou remained on standby or were called to assist rescue operations.

Weather officials said snowfall was likely to continue on Friday, primarily in the morning, while local showers were more likely to end by afternoon as skies became clear.

But strong winds and some chances of isolated thunderstorms would still remain later in the day due to a low pressure system affecting areas over the island.

Minus three in Troodos

Maximum highs are expected to reach the upper teens in land and around the coast, while 5 degrees Celsius are expected in Troodos where frost will remain until noon. Temperature lows are expected to register at 4 degrees in the interior, 10 out west, 9 in all other coastal regions, while it will be minus three (-3) in the higher elevations.

Snow is expected to fall on and off on Saturday while temperatures are set to drop further Sunday and Monday. 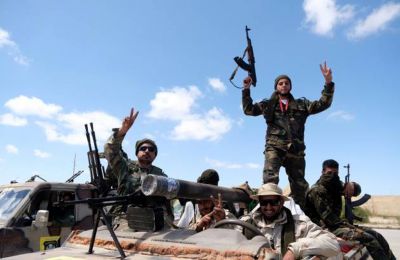 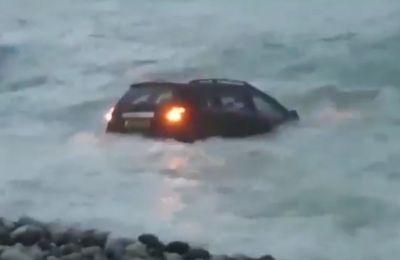 Car winds up in stormy sea