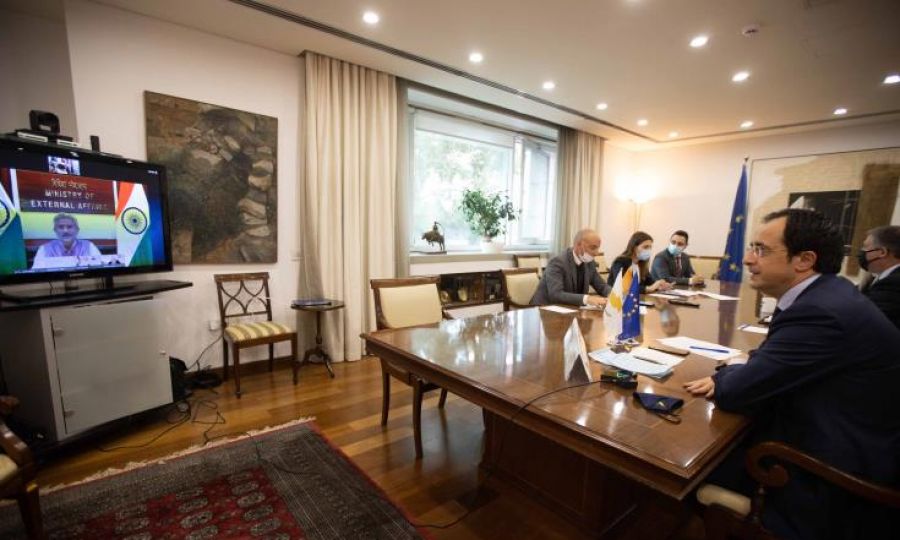 The two Ministers also had the opportunity to discuss the situation in the broader region of the Eastern Mediterranean, the Middle East and the Gulf

The Ministry of Foreign Affairs of the Republic of Cyprus and the Ministry of External Affairs of the Republic of India held extended political consultations at the highest level this afternoon, under Ministers Nikos Christodoulides and Subrahmanyam Jaishankar, respectively, during which views were exchanged on the further enhancement of the two countries` bilateral relations with particular focus on specific areas, including entrepreneurship, innovation, and tackling the pandemic.

According to a press release issued by Cyprus` MFA, during the consultations, which were conducted via teleconference with the participation of officials of the two Ministries as well as the High Commissioners of Cyprus and India in Nicosia and New Delhi, respectively, a comprehensive review of the entire spectrum of bilateral relations was held and views were exchanged on their further enhancement, with particular focus on specific areas, including entrepreneurship, innovation, and tackling the pandemic.

The two Ministers expressed their satisfaction with the excellent level of bilateral relations, which are founded on the strong, traditional bonds of friendship between the two countries, and reaffirmed their shared commitment to substantially strengthen Cyprus-India cooperation, both bilaterally and at the multilateral level.

According to the press release, the exchange of views reaffirmed the common approach of the two countries on a number of issues, including in relation to regional and international issues it was agreed that Political Consultations between the Ministries of Foreign Affairs will be held on an annual basis, serving as a platform for the implementation of enhanced cooperation.

The two Ministers also had the opportunity to discuss the situation in the broader region of the Eastern Mediterranean, the Middle East and the Gulf. In this context, Christodoulides briefed his counterpart about the cooperation mechanisms that have been established with like-minded countries in the region, which aim to create conditions of stability, security and prosperity, noting the prospects of cooperation between the two countries in this framework as well.

During the teleconference, Christodoulides had the opportunity to brief his Indian counterpart on the latest developments in the Cyprus issue and on the ongoing efforts of the UN Secretary-General for the resumption of negotiations from the point they were suspended in Crans - Montana, whilst reiterating the commitment of the President of the Republic to the resumption of talks, with a view to reaching a comprehensive settlement of the Cyprus problem on the basis of a bi-zonal, bi-communal federation.

Christodoulides expressed the appreciation of the Cypriot government for the long-standing position of India on the Cyprus issue, whose contribution, as a non-permanent member of the Security Council currently, is deemed to be of particular importance. 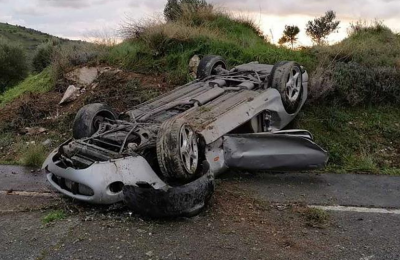 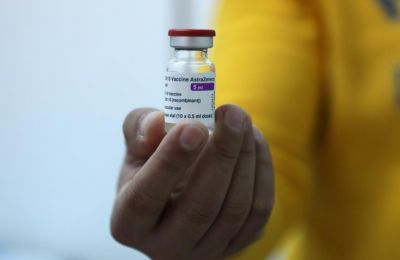 Thousands of jab appointments to open up for 74+