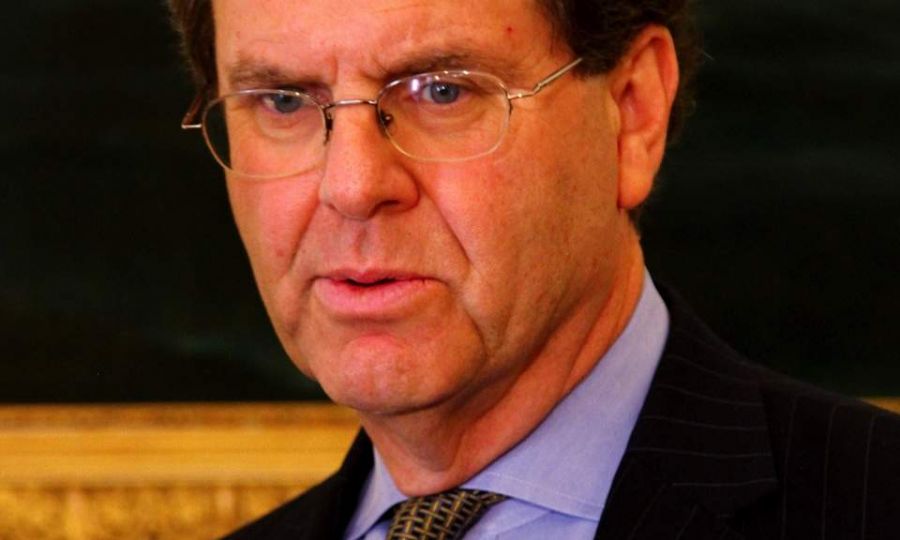 Harris, who was last week decorated by Greek President Prokopis Pavlopoulos with the Order of the Phoenix for his longstanding contribution to strengthening relations between Greece, Cyprus, Israel and the United States, expects that the newly installed government of Kyriakos Mitsotkis will focus on relations between the US and the European Union, as well as the countries of the Eastern Mediterranean – particularly Cyprus and Israel. On an economic level, he expects the Mitsotakis administration to concentrate its efforts on attracting foreign investment.

Asked about his cooperation with the Alexis Tsipras administration, Harris says “it was better than we anticipated,” adding that rather than being held ransom to ideology the leftist administration was driven by a pragmatic foreign policy.

The AJC head also welcomes Golden Dawn’s failure to enter Parliament as “good news” for anyone who rejects extremism, xenophobia, neo-Nazism and antisemitism.

How do you evaluate the current US-Greece relationship?

In a word, excellent. The most recent example is the warm and friendly phone conversation between US Vice President Mike Pence and the new Greek prime minister, followed by the call with President Donald Trump. Today, there is widespread recognition in Washington of Greece’s strategic value and reliability as an ally, which only becomes still more significant as doubts mount about Turkey’s reliability.

What are your expectations from the new Greek government and PM Kyriakos Mitsotakis?

We have every reason to believe that the government will do its utmost to attract more foreign investment, create jobs and offer young people a brighter future. In foreign policy, no doubt relations with the US, European Union and Eastern Mediterranean countries, notably Cyprus and Israel, will receive considerable attention.

Looking back, what are your thoughts on the cooperation with the previous government of Alexis Tsipras?

Truth be told, the cooperation was better than we anticipated. When SYRIZA took power, there were concerns, including about the possible direction of his foreign policy. But rather than being straight-jacketed by ideology, officials by and large pursued an eminently pragmatic course that best served Greece’s economic and strategic interests. And we were fortunate along the way to have regular contact with senior members of the Tsipras government, including up until the very last day when we once again met with [then] minister of defense Evangelos Apostolakis.

How is the trilateral cooperation between Greece, Israel and Cyprus progressing?

This is one of the most important developments in the region, as relations grow deeper, wider and more institutionalized, with potential for still greater cooperation. All this is fueled by a convergence of interests, including, most obviously, security and energy, and of shared democratic values. Plus, Washington is paying closer attention to this strategic triangle and getting more involved. That involvement will increase still further if the current legislation in Congress, known familiarly as the East Med Act, is adopted. The American Jewish Committee (AJC) and our Hellenic-American partners are active in this regard.

How do you view Turkey’s recent actions in Cyprus’ EEZ?

We have long been warning about Turkish President [Recep Tayyip] Erdogan’s aggressive actions in the region, including repeated violations of Greek airspace and the Cypriot EEZ, not to mention his support of the Muslim Brotherhood and the violations of human rights. This is all most unfortunate and a far cry from the constructive role Turkey could be playing in this vitally important part of the world.

What is the mood in Washington – in both the White House and Congress – concerning Ankara’s policies, including the purchase of S-400s, and will there be sanctions?

The mood toward Turkey in Washington has soured quite noticeably. Everyone understands the importance of Turkey on the geopolitical map and as a NATO member. But its flirtation with Russia and the plan to purchase the S-400s, while simultaneously seeking the F-35s, have crystallized the challenges for many in the US administration and Congress. The next few weeks could be decisive in how this plays out.

What is your reaction to the decrease of Golden Dawn’s appeal, and percentage of votes, in the recent election?

Any decline in the popularity of Golden Dawn, to the point where it couldn’t reach the 3-percent threshold for Parliament, is good news for all those who reject the slogans and platforms of extremism, xenophobia, neo-Nazism and antisemitism. The last country that should have a Nazi-like political party in its parliament is Greece, which, despite the fierce resistance, suffered so profoundly during the Nazi onslaught and occupation.

American Jewish Committee (AJC) CEO David Harris was honored on Tuesday by Greece, receiving one of the country’s most prestigious distinctions, the Order of the Phoenix, for his critical contribution to strengthening relations among Greece, Cyprus, Israel and the US.

“With a long and rich history, and geographically significant, Greece today is playing a vitally important role in the Balkans and Eastern Mediterranean region,” said Harris. “Strengthening Greece’s ties to the US, Israel and other allies is of paramount importance.”

Greek President Prokopis Pavlopoulos, who presented the award to Harris, hailed his work as CEO of the American Jewish Committee and specifically for defending human rights around the world.

The AJC also has forged cooperations with the Greek-American community, including the Hellenic American Leadership Council (HALC).

Harris has also been working with the Jewish community in Greece and Greek authorities to ensure that the memory of Greek Jews who perished in the Holocaust is honored.

Eighty-seven percent of Greece’s pre-war population of 80,000 Jews was deported and murdered by the Nazis.

The Central Board of Jewish Communities in Greece (KIS) is an AJC international partner. 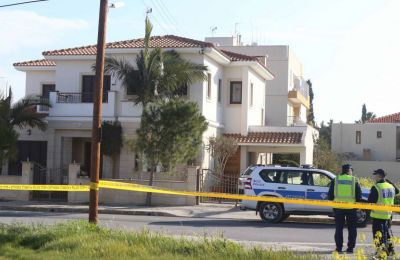 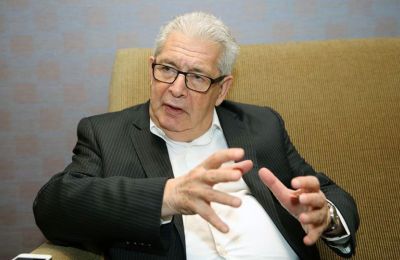