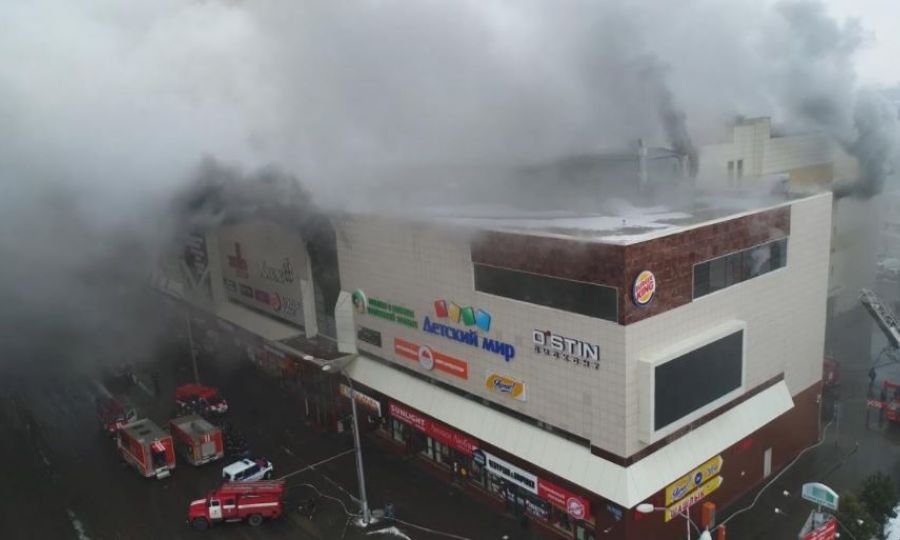 At least 64 people were killed by a fire which engulfed a busy shopping mall in the Siberian city of Kemerovo, Russian investigators said on Monday, and some of the dead were children.

The fire, one of the deadliest in Russia since the break-up of the Soviet Union, swept through the upper floors of the “Winter Cherry” shopping center on Sunday afternoon where a cinema complex and children’s play area were located.

Emergency services said they had extinguished the blaze, but later said it had reignited, and that rescuers were struggling to reach the building’s upper floors because the roof had collapsed. TV footage on Monday showed thick black smoke rising from the yellow building.

It was unclear if any people were still unaccounted for, but 11 people were being treated in hospital, including an 11-year-old boy who was in a serious condition.
Earlier on Monday, people had posted appeals on social media seeking news of their relatives or friends, and authorities set up a center in a school near the mall to deal with inquiries.

Anna Kuznetsova, Russia’s children’s rights commissioner, said the fire had been caused by incompetence and warned there were many similar shopping centers.

“Other regions, the bosses of other malls must right now, without waiting for (routine) checks, ask themselves: Have we done everything we can to ensure something like this doesn’t happen here,” Kuznetsova said in a statement.

The shopping mall, a former cake factory, had few windows or doors.

Witnesses were quoted by Russian media as saying that the fire alarm had failed to go off, and that many people had found themselves trapped because exit doors were locked.

Video footage from inside the mall after the fire broke out showed a group of people in a smoke-filled staircase trying to smash a fire exit door, which was jammed.
Russia’s Channel One TV station reported that some people had jumped from upper windows to escape the flames.

State investigators, who have opened a criminal investigation into the blaze, said four people had been detained over the fire, including the owners and lessees of outlets inside the mall. Russia’s Investigative Committee, which handles major crimes, said it was trying to bring in the mall’s owner for questioning.

he Interfax news agency cited an unnamed local official source as saying the main theory being looked at was that the fire had been caused by an electrical short circuit.

However, it quoted Vladimir Chernov, the region’s deputy governor, as saying on Sunday that the blaze had started when a child had set fire to the foam on a trampoline in a play area using a lighter.

President Vladimir Putin, elected to a new term last weekend, spoke by telephone with the governor of the Kemerovo region and with the head of the Emergency Situations Ministry whom he dispatched to the scene.

Russia’s health minister, Veronika Skvortsova, flew to Kemerovo, a coal-producing region about 3,600 km (2,200 miles) east of Moscow, and visited the injured in hospital.

Putin “expressed his deep condolences to the relatives and loved ones of those who died,” the Kremlin said in a statement.

Mourners left flowers near the scene of the blaze.

Other big fires in Russia have often turned out to be the result of serious violations of fire safety regulations.

In 2009, 156 people were killed in the city of Perm when an indoor pyrotechnics display at a nightclub went wrong. The owner of that nightclub was convicted of negligence and sentenced to almost a decade in prison. 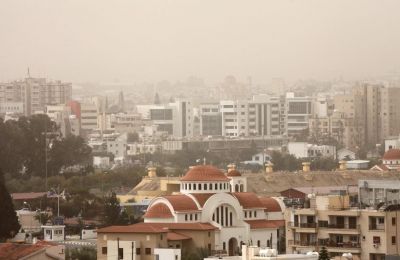 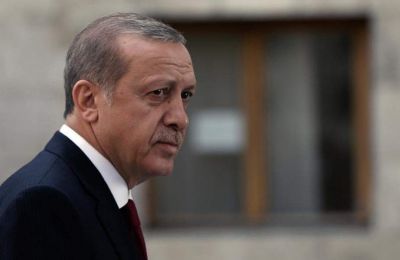