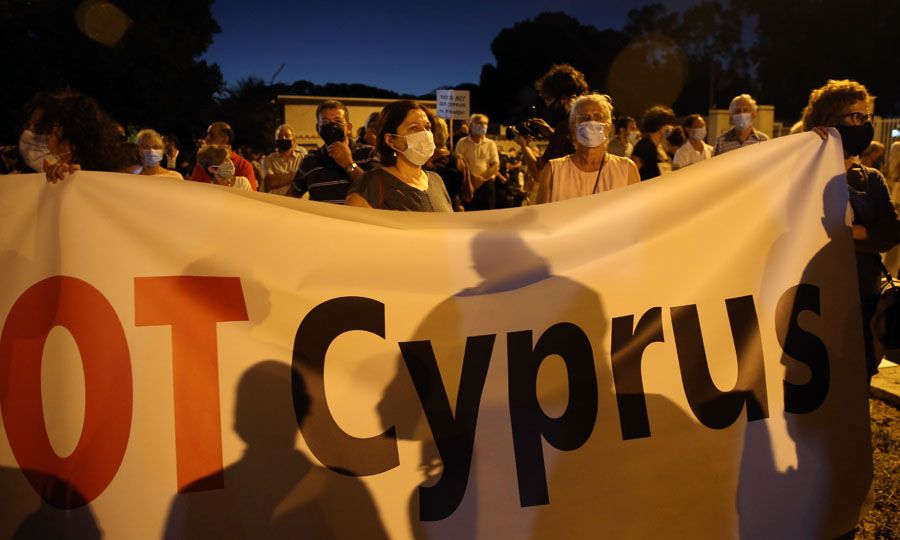 A new demonstration will take place outside the Presidential Palace on Friday, with protesters gathering to express their frustration over the government’s handling of the golden passport scandal and demand that officials take ownership of the crisis.

According to local media, two groups, Active Citizens Movement and Platform for Ending Corruption, are organizing together a new protest against corruption, calling on members of the public to gather outside the Presidential Palace in Nicosia on Friday evening, at 6:30pm.

Conflicts of interest front and centre

Demonstrators are calling for the removal from office of any officials responsible for giving Cyprus a bad name abroad in connection with the disgraced Citizenship by Investment Programme, including the removal of former Chief Justice Myron Nicolatos from the chair of an ongoing investigative committee, citing a conflict of interest.

Nicolatos, whose daughter works for a law firm that handled foreign investor passport applications, said he would recuse himself from those specific cases. The former Chief Justice made the comments recently after critics pointed out that his daughter also worked for the same firm where current government spokesperson Kyriacos Koushios had been a partner.

But the groups also cry foul over the role of Attorney General George Savvides and Deputy Attorney General Savvas Angelides, both of whom sat in Cabinet meetings as ministers last year when passport applications of foreign investors were approved. Savvides, who blocked other agencies from probing golden passport applications, citing the integrity of the investigation, assigned Nicolatos to chair the committee after the attorney general was tasked by the Cabinet to launch an independent probe.

Conflict of interests were also a hot topic this week on social media, after Justice Minister Emily Yiolitis had her lawyers send a Cease and Desist letter to Kathimerini columnist Theano Kalavana, over the latter’s posts on her private Twitter account commenting on links between the minister’s former law firm and golden passports.

The columnist based her criticism on another column by Kathimerini editor-in-chief Andreas Parachos, who said “the fish rots from the head down” in a critical piece on a 17-day delay in police searches following an Al Jazeera video on alleged corruption.

Kalavana, who said she would join protesters on Friday, had originally suggested that the op-ed about the delays was referring to the justice minister, pointing out that Yiolitis had admitted that her ex law firm “handled ‘golden passports’,” adding that four cases involving a casino in Limassol had been handled by the firm, including “a very dirty one.”

Yiolitis "categorically denied any insinuations" and put Kalavana on notice with a potential lawsuit and demanded an apology over what she described as defamation, while the minister’s former law firm issued a statement denying any links between clients and services offered specifically through CIP in regards to certain individuals whose names had become public. The law firm stopped short of clarifying whether they represented clients linked to a casino who later or otherwise obtained Cypriot passports.

Auditor General Odysseas Michaelides had previously asked for the files of 18 cases in order to examine their legality, after his office alleged that individuals linked to a casino project in Limassol appeared to have been naturalized on the same day by a Cabinet decision on 25 July 2019, without meeting all the criteria for investors.

The justice minister, who took over Savvides’ position when he became the state’s chief law enforcer, issued a statement on Twitter two months ago concerning her involvement in golden passport applications during the time when she was a founding partner at the law firm.

Possibly ten cases were known to have been handled by Yiolitis’ former law firm, with four approvals during her tenure at the company and at least six other applications currently pending.

“I won’t take part in any approval decision of these applications,” Yiolitis wrote, while also clarifying that she had no connections, shares, or interests with the law firm after becoming a member of the Cabinet.

Friday’s demonstration organizers also said they will shed light onto hundreds of passport applications that were squeezed through in the last few weeks, before the programme was suspended on November 1, with reports saying 827 new applications were received and receipted in just three weeks after interior ministry employees were asked to work overtime.

Other protesters, who accuse the government of lack of transparency as well as trying to conceal the investigation, are calling for passport files including cases linked to the casino project be handed over to Michaelides, who recently toned down his request for equal access after he had a private meeting with Savvides.

Earlier this week, recourse to the Supreme Court over the issue became out of the question, the two men jointly declared after their meeting, but the auditor maintained he had every constitutional right to carry out an independent investigation.

President Nicos Anastasiades, who sided with the attorney general on the issue, had invoked the Constitution, saying the job description of the auditor general did not authorize him to “have a say in everything.”

Political pundits said it could have been be a tossup if the two independent officials battled it out before the Supreme Court, with some legal experts clarifying there was no lawful basis to block the state’s auditor from having access to files but the attorney general could invoke the powers of his office, something Anastasiades also had suggested in a statement saying the attorney general could supersede the audit office.

Senior legal experts have said a constitutional crisis playing out in the Supreme Court in public would have been a “good thing for democracy” in Cyprus.

Michaelides and Savvides said they agreed to disagree and cited a long tradition of collaboration between the two offices, with none of them appearing to take a chance with the highest court in the land.

The organizers of the protest said the demonstration would take place in accordance with health protocols and measures currently in place against the spread of the coronavirus. 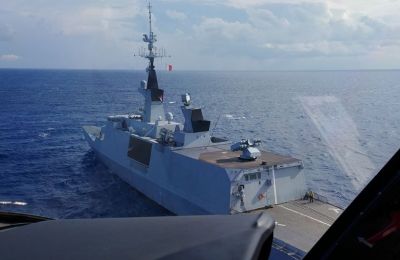 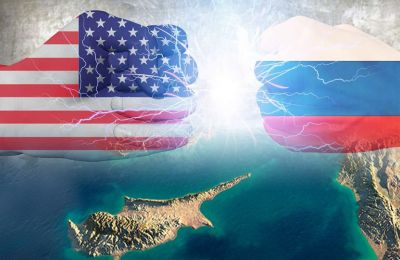 US and Russia take liberties over Cyprus