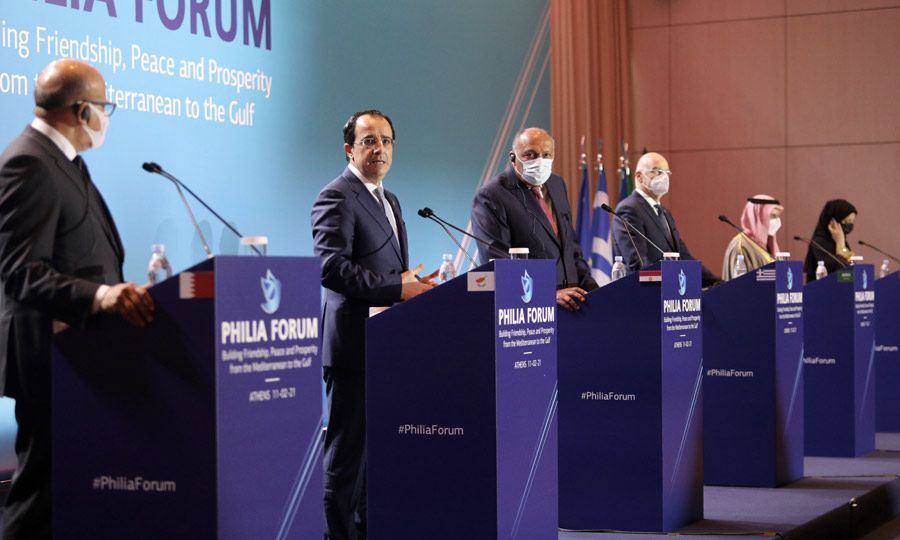 Foreign ministers and senior officials from several EU and Persian Gulf countries met in Athens on Thursday, as Greece seeks to expand alliances to counter tension with regional rival Turkey.

NATO members Greece and Turkey remain locked in a dispute over boundaries and resource rights in the eastern Mediterranean that led to a dangerous military buildup in the region for months last year.

The visiting officials from Saudi Arabia, Bahrain, and the United Arab Emirates were meeting in Athens with the foreign ministers of Greece, Cyprus and Egypt, which already hold regular contacts, and they were joined by video link by French Foreign Minister Jean-Yves Le Drian.

The officials were paticipating in the first meeting dubbed “Friendship Forum,” which is seenan opportunity to develop cross-border cooperation between the participating countries in various fields, starting with the fight against the pandemic, but also covering the economy, energy, tourism, transport, civil protection, and digital governance, Greek diplomatic sources said Wednesday.

The participating countries have broadly sided with Greece in the eastern Mediterranean dispute.

In statements following the conference, the Cypriot Foreign Minister Nikos Christodoulides highlighted the need to promote a common vision of cooperation that will ensure stability and prosperity in the region, as well as the resolution of disputes on the basis of international law.

"It is natural for Greece to seek out this type of cooperation ... multidimensional challenges in our wider neighborhood make it necessary," he said at the start of the meetings. 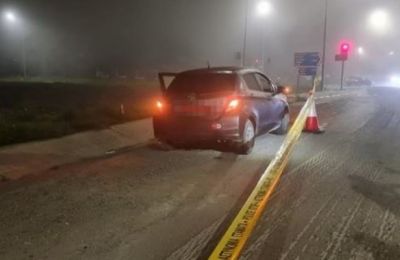 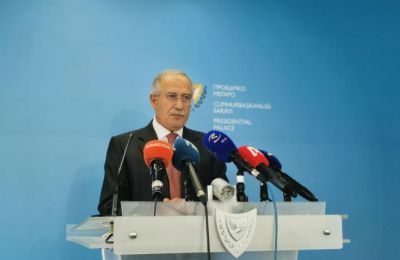