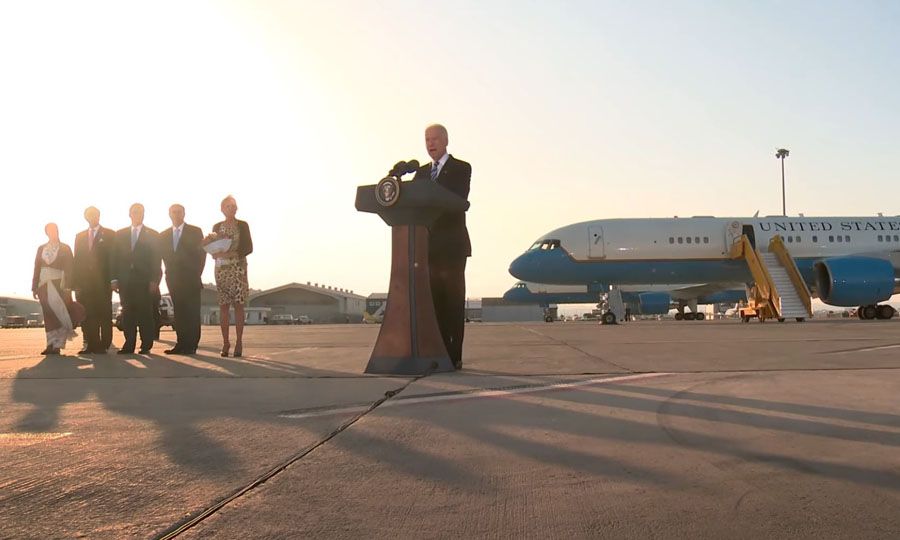 Moscow has put together an elaborate diagram alleging Biden connections to Ukrainian biological labs, with new revelations initially described by Washington as “Russian disinformation” now gaining traction in the United States and reaching all the way to Cyprus.

Russia’s State Duma speaker Vyacheslav Volodin last week called on the US Congress to investigate President Joe Biden “regarding his son Hunter’s involvement in the operation of biological laboratories in Ukraine.”

Volodin accused the American president of being “involved in the creation of biolaboratories in Ukraine” and further asserted that an investment fund run by his son Hunter “funded research and the implementation of the United States’ military biological program.”

“It is obvious that Joe Biden, as his father and the head of state, was aware of that activity," Volodin argued.

The shocking allegations were sketched on a diagram alleging Democrat connections and funding of research including a dangerous pathogen of anthrax by the "notorious mastermind of color revolutions, George Soros, who openly calls for changing government in our country."

Moscow’s state-funded Sputnik, a news network currently banned in the European Union, suggested the information had been found in documents seized by Russian soldiers in Ukraine, while Igor Kirillov, an expert with Russian Armed Forces said “the scale of the program is impressive.”

Cyprus in the mix

The latest story had been brewing for at least a week after news of Hunter Biden’s “laptop from hell” remerged in the US media in the aftermath of federal investigation.

But it was not a complete surprise. Just weeks before the 2020 presidential election in the United States, news outlets and social media had blocked a story about emails found on Hunter’s laptop, with Washington politicians saying allegations against Biden junior concerning corrupt activities in Ukraine were the result of “Russian misinformation.”

Biden visited Cyprus in May 2014, the same month his son Hunter joined the board of Burisma, a gas company based in Kiev but registered in Limassol

Last week in an article published in the US on a federal investigation into the first son’s tax filings, it was confirmed that the laptop and at least some of Hunter’s emails with Ukrainian business associates were indeed real. Reports also suggested additional investigation could be possible for the son failing to disclose information under a foreign agency act.

Giuliani, a former mayor of New York City and a former presidential candidate himself, dropped a bombshell on Twitter in 2019 linking the Bidens and allegations of Ukrainian money laundering through Cyprus.

As vice president under the Obama administration, Biden visited the Republic of Cyprus in May 2014, the same month Hunter joined the board of Burisma Holdings, a Cyprus-registered gas company.

Years later Trump and Giuliani had accused the former vice president of bribing government officials in Ukraine to slow-walk investigations into Burisma after regime change in Ukraine.

But Zlochevsky was then targeted by Ukraine’s newly-appointed chief prosecutor Viktor Shokin, who was fired two months after issuing warrants against the Burisma owner.

President Biden took credit for Shokin’s ouster, telling an audience at a forum that the prosecutor was corrupted, stalling investigations, and that European governments also wanted the prosecutor gone.

But Shokin insists he was fired when then-vice president Biden, who was tasked with handling Ukraine during the Obama administration, got personally involved with Kiev to “prevent an international investigation of high-level corruption.”

One of the emails found on Hunter Biden’s laptop showed that Burisma advisor Vadym Pozharskyi sent a message of appreciation to Hunter Biden on 17 April 2015, thanking him for “an opportunity to meet your father and spend some time together.”

In an even earlier email in May 2014 Pozharskyi allegedly asked Hunter for “advice on how you could use your influence” on the company’s behalf.

Years later Joe Biden’s presidential campaign at the time the initial story was published dismissed all allegations and further denied ever talking to Hunter about the first son’s overseas business dealings.

“So we are working with the Ukrainians on how they can prevent any of those research materials from falling into the hands of Russian forces, should they approach,” Nuland said. 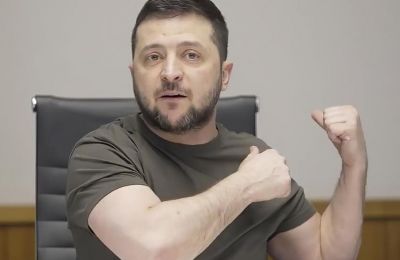 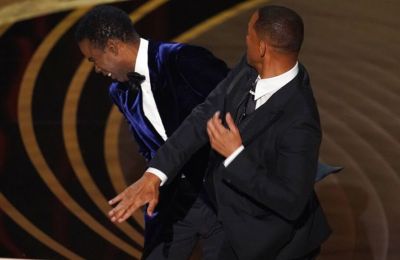 Oscars: The slap heard round the world (video)