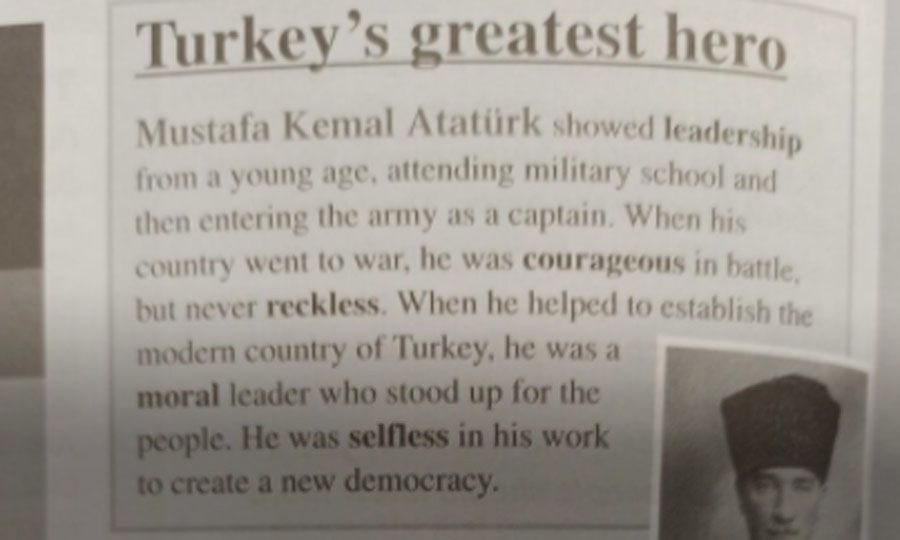 The education ministry in the Republic of Cyprus is temporarily suspending the use of a high school workbook, following backlash over an urgent email calling on English teachers to rip out a page about Kemal Ataturk, with Nicosia on the defence after Turkey and Turkish Cypriots landed hard on the decision.

Greek Cypriot school authorities went on the defence this week after a leaked email appeared to have called on eleventh grade English teachers to rip out a page from a workbook due to favorable references to Mustafa Kemal Ataturk, the father of modern Turkey.

After a number of educators ridiculed the decision to remove the page but also following criticism from experts who called for respect to different views in the classroom, the ministry responded by saying the book was “unsuitable” for its intended use. 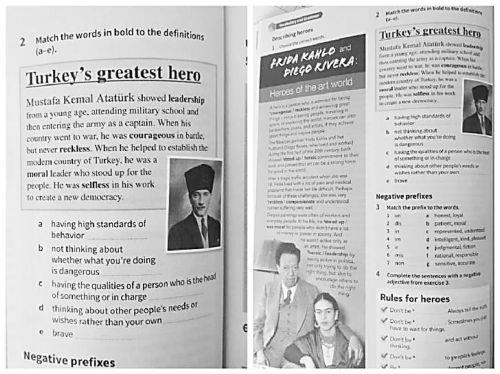 But Turkish officials, who called the initial email directive as “anachronistic, hostile, and unacceptable attitude,” went on suggest the decision revealed a “radical level of the distorted mentality of the Greek Cypriot Administration towards Turkey and the Turkish Republic of Northern Cyprus.”

But the education ministry argued that a modern school’s reverence for human rights and people’s rights could “not be reconciled with attempts to brush off historical crimes.”

“The names of Ataturk and the Young Turks are linked to crimes such as the Armenian genocide, which has been condemned unequivocally by our country as well as other democratic states, such as the USA, France, and many others,” the education ministry said.

While Greek Cypriot critics also rushed to described the ministry decision as going against critical thinking or the opportunity for students to engage in debate in the classroom, the statement dismissed the accusations and argued that “English language lessons are neither appropriate nor should be expected to engage in these subjects or even allow for critical analysis.”

Ankara said Greek Cypriots were to blame for the deadlock in the Cyprus problem negotiations, adding they “do not have tolerance not only to share the power and the wealth, but even to live together with the Turkish Cypriots on the Island.”

In the northern part of the island, which is only recognized by Ankara, Turkish Cypriots also criticized the decision in the south. Kudret Ozersay, an academic who turned to politics after serving as lead negotiator for his community, was among those who offered remarks.

The ministry statement in the south pointed out that the decision to withdraw the book altogether took additional meaning due to upcoming centennial celebrations next year marking the events of the Greco-Turkish War of 1922, seen very differently by Greeks and Turks.

Critics said the email asking teachers to rip out the Ataturk page before handing the books to high school juniors reminded them of book burning by evil regimes and went against the idea of providing tools for students to broaden their learning experience. 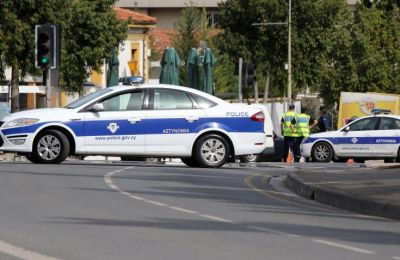 Police seized thousands of items believed to be counterfeit 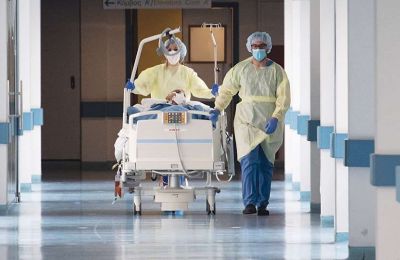